While some parts of the world, including the United States, are still facing the brunt of the coronavirus (COVID-19) outbreak, Taiwan has emerged as a “gold standard” for effective and balanced public policy to contain the outbreak with minimal social disruption.

With our upcoming Men Having Babies Asia conference taking place in Taipei October 2-3, we’d like to share some recent news and updates about coronavirus (COVID-19) outbreak as it relates to Taiwan.

Taiwan, with a population of 23.7 million people, has had 455 confirmed cases and 7 deaths. Schools were only shut down for two weeks. Everything is mostly reopened, and has been for months. 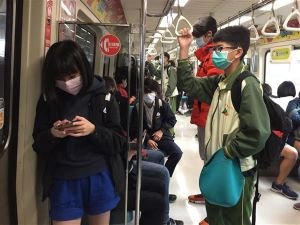 The only signs of coronavirus are frequent temperature checks and masks worn on the subway, in schools, restaurants, gyms, and office buildings. And there are still hefty fines for citizens caught not wearing a mask in certain areas, like the subway, and for breaking quarantine.

People are traveling within Taiwan for vacation. And Taiwan is open for travelers from other countries. Some business travelers are even exempt from quarantining when they arrive.  However, travelers from the U.S. must still quarantine for two weeks. Food is delivered to the quarantined person’s doorstep. And several times a day, a representative from a local district office calls to check in. For some stays, the government provides some subsidies and stipends.

“We have this phrase in Taiwan that roughly translates to, ‘This is your country, and it’s up to you to save it,’” said Catherine Chou, a Taipei woman who was quarantined after returning from the U.S. “I’m really glad that they’re taking this quarantine seriously,” Chou told CNBC for its article "How Taiwan beat the coronavirus." 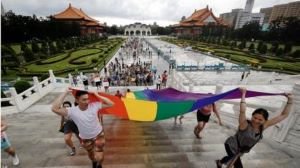 In June, Taipei was one of the few places in the world to hold its annual LGBT Pride parade. In July, at the Taipei Film Festival, actors and others lined up on the red carpet without social distancing and not wearing masks. And professional baseball games are now being played in front of large crowds of more than 10,000 fans, who no longer have to distance or wear masks.

How did Taiwan Prevent COVID-19 Spread?

“Taiwan is close to China and could have been a total disaster,” Dr. Ezekiel Emanuel, author of Which Country Has the World’s Best Health Care?, recently told CNBC. More than one million Taiwanese live or work in mainland China, which is just 81 miles away. Dr. Emanuel, who is now a member of Joe Biden’s coronavirus task force and is considered one of the architects of the 2010 Affordable Care Act, says he sees Taiwan’s quote “lack of cases as a truly amazing result.”

According to a recent New York Times article, "Taiwan’s Weapon Against Coronavirus: An Epidemiologist as Vice President", Taiwan’s success is thanks in part to Taiwan’s vice president, Chen Chien-jen, a Johns Hopkins-trained epidemiologist and an expert in viruses. 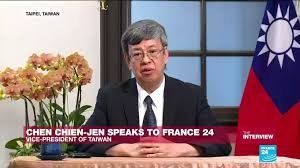 As a top health official during the 2003 SARS crisis, he pushed a series of reforms to prepare the island for the next outbreak, including building isolation wards and virus research laboratories.

Dr. Chen wasted no time when the first reports came out in late December of a mysterious pneumonia in the Chinese city of Wuhan. He ordered travelers from China to be screened and isolated if they showed symptoms. When the first cases arrived in Taiwan, mask production was ramped up and mask exports were stopped. During an outbreak on a navy ship, Mr. Chen ordered officials to test more than 700 crew members, hoping to collect data for a study on asymptomatic patients. Taiwan’s vice president also pushed for vaccines and testing kits, and reminded the public to wash their hands. Mr. Chen stepped down in May to return to academia. He is now focusing his research on the coronavirus.

In Taiwan, each person’s healthcare record is tied to their name. The government merged that database with immigration and customs to form real time surveillance to track people at higher risk based on their travel history. Hospitals, clinics, and pharmacies were given access to patients travel records. And those quarantined were then monitored electronically through their cell phones.

Across the world, news reports and editorials from many countries for months have similarly praised Taiwan’s response to the outbreak, and asked their own countries to follow suit.

A Voice of America March 4, 2020 report singles out Taiwan as an example of how a government and society can respond quickly to a crisis and protect the interests of its citizens. “Chalk it up to extra early, effective preparedness, analysts and policymakers say – so effective that people’s approval of the government unexpectedly soared last month.”

In an article titled “How Democratic Taiwan Outperformed Authoritarian China,” The Diplomat, an Asia-Pacific international current-affairs magazine, presents Taiwan as “an example that proves that the free flow of information is the best treatment for the coronavirus outbreak.”

Germany's newspaper Der Tagesspiegel published "How Taiwan prevented the COVID-19 outbreak — and the WHO does not want to know about it." The author states Taiwan defied the odds because it was "better prepared than anyone else" and acted more effectively. He wrote the population agreed with government measures, "there was no panic," and he suggested the country's efforts could serve as a model for other nations to "save many lives now." Indeed media and lawmakers from additional countries echoed this sentiment,  including the French Le Monde, Japan's AERA dot and South Korea's Weekly Chosun.

Our MHB conference in Taiwan was originally scheduled for March 2020, then changed to May, and is now rescheduled for October 2-3 as previously announced here. All sponsors and attendees who had pre-registered will still be in attendance and are looking forward to a productive and successful event. We will continue to monitor reputable news sources and consult with our expert colleagues for updates on COVID-19, and share pertinent information with you.