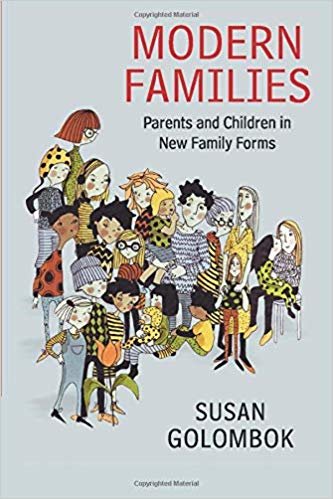 Modern Families brings together research on parenting and child development in new family forms including lesbian mother families, gay father families, families headed by single mothers by choice and families created by assisted reproductive technologies such as in vitro fertilisation (IVF), egg donation, sperm donation, embryo donation and surrogacy. This research is examined in the context of the issues and concerns that have been raised regarding these families. The findings not only contest popular myths and assumptions about the social and psychological consequences for children of being raised in new family forms but also challenge well-established theories of child development that are founded upon the supremacy of the traditional family. It is argued that the quality of family relationships and the wider social environment are more influential in children's psychological development than are the number, gender, sexual orientation, or biological relatedness of their parents or the method of their conception.Modern Families: Parents and Children in New Family Forms

You May Also Enjoy

What Makes a Baby

As an Amazon Associate, MHB earns from qualifying purchases made through clicking our links.
Back to Book List