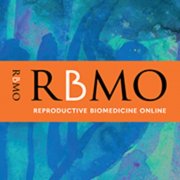 The Psychological Wellbeing of ART Children: What Have We Learned From 40 Years of Research?

Our understanding of what makes a family has changed dramatically in recent decades due to advances in reproductive technology accompanied by changing social attitudes. But what has the impact been on children? This article presents a summary of research on parent–child relationships and the psychological adjustment of children in families created by assisted reproduction. The findings show that families with lesbian mothers, gay fathers, and single mothers by choice, and families created by donor conception and surrogacy, are just as likely to flourish as traditional families, and sometimes more so, although the children from these families will sometimes face prejudiced attitudes from others. It is concluded that the quality of family relationships and the wider social environment matter more for children's psychological wellbeing than the number, gender, sexual orientation, or biological relatedness of their parents.

University of Cambridge Professor Susan Golombok's longitudinal studies of lesbian mothers, gay fathers, single parents, surrogacy families, and, most importantly their children, seeks to find out if the children are as well-adjusted, happy, and emotionally stable as children from traditional nuclear families.

The families were visited many times as the children grew from infancy to adolescence and into young adults. In most cases, the parents had good and sometimes better relationships with their children in the younger years. The studies did identify longer-term benefits of early disclosure of how the child was conceived.

Conclusion: Just like children in traditional families, the psychological wellbeing of children who grow up in families created through ART depends on the wellbeing of their parents, the quality of their relationships with their parents, and the social circumstances in which they grow up. Factors that protect children against the negative effects of stigmatization include: contact with other children with same-sex parents, supportive schools and communities, and legislation that is conducive to the optimal functioning of same-sex parent families.

Golombok, Susan (2020): The psychological wellbeing of ART children: what have we learned from 40 years of research? Reproductive Biomedicine Online

Categories: EXPERIENCES OF SURROGACYGAY FATHERSPSYCHOLOGICAL IMPACTS ON THE SURROGATES’ CHILDREN

The role of age of disclosure of biological origins in the psychological wellbeing of adolescents conceived by reproductive donation: a longitudinal study from age 1 to age 14

Surrogate mothers 10 years on: a longitudinal study of psychological well-being and relationships with the parents and child

Surrogacy families headed by gay men: relationships with surrogates and egg donors, fathers’ decisions over disclosure and children’s views on their surrogacy origins